Today, at the Museu Marítim, The 2019 wine guide of Catalunya, by Jordi Alcover and Sílvia Naranjo has been presented. The guide that this year reaches its 11th edition is already a journalistic reference of the Catalan wines. To elaborate it, the authors and collaborators have tasted, blindly, more than 1,400 wines. At the beginning of the presentation the delivery of the awaited awards was awarded, which reward the wines with the highest score. For this guide, the best Catalan wine is the Picapoll Negre 2015 of Celler Oller del Mas, of the DO Pla del Bages, which has also been awarded the prize for the best red wine and the best wine from recovered varieties.

For the cellar, this wine is a great bet to recover native varieties and make a great wine. Mimat and taken care of from the vineyard, it reaches the bottle as a complex wine where the Picapoll Negre variety expresses its essence, typicality and authenticity. The delicate notes of red fruits are combined with spicy and floral touches that make it a delicate wine but with a structure and character marked by a balanced acidity. A wine that expresses the “terroir”, the climate and the nobility of the estate in the Pla de Bages. Of the winning year, 2,955 bottles were produced.

The winery reclaimed the Picapoll Negra variety in 2006 when it found abandoned vines and INCAVI made a genetic study that resulted in a 99.8% coincidence with the White Picapoll. As a result of these results, Frank Margenat, owner of the winery, decided not only to recover the variety but to make a great wine that represented the identity and uniqueness of the estate. In 2012, the winery brought out the first 100% Black Spotted Wine with 373 bottles and nowadays it produces some 3,000 bottles (depending on the vintage). At the farm there is a total of 3.8 hectares planted with this autochthonous variety, of which only 0.6 are used to make this wine and correspond to the plot “Margenat”. The rest of the plots go to the other wines of the winery that carry all a small percentage of this variety.

More than 18 awards have been delivered in this 11th edition of the Wine Guide of Catalonia, where, apart from the Black Picapoll, it has been awarded the best white, ex aequo, between the Metamorphika Sumoll Blanc Brisat 2017, the Cellar Costador, of the DO Catalunya and Masia Carreras Blanc 2016 from Celler Martí Fabra of the DO Empordà. The best pink award has been distributed among three of the candidates: the 2018 Escabeces of the Vineyards of the Tiet Pere, of the DO Tarragona; the Olive Olivares Olivares Park of 2017, of the Olivardots Vineyards, of the DO Empordà; and the Dido “The Pink Solution” 2016 of the Cellar Venus La Universal, of the DO Montsant. The award for the best sparkling guide has corresponded to the Qualó Turó d’en Mota Qualified Site 2004, of the Recaredo Winery, of the DO Cava. And it was considered that the best sweet wine was Alta Alella 1981 Ismael Manaut of Celler Alta Alella, of DO Alella. 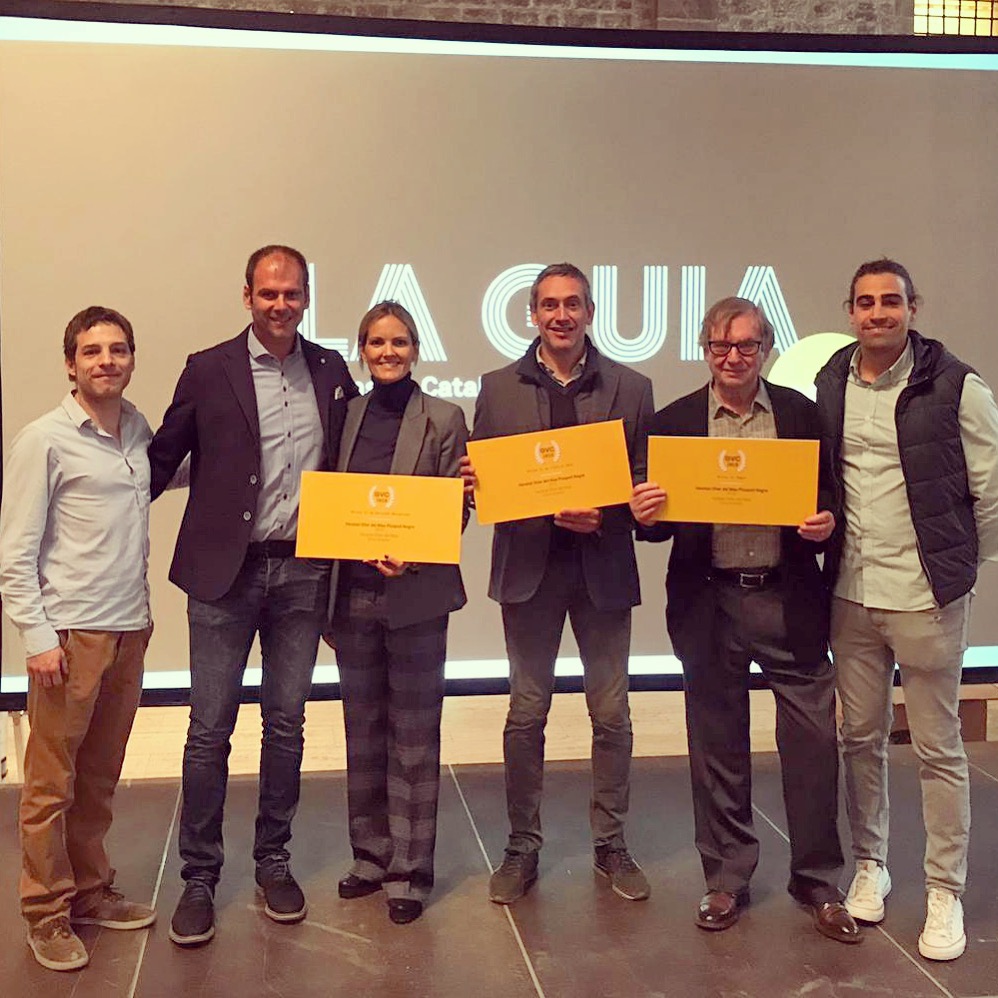 Go to Top
This website uses its own and third-party cookies for the correct functioning and visualization of the website by the user, as well as the collection of statistics as shown in the Política de cookies in the "purpose" column. If you continue browsing, we consider that you accept its use. You can Cookie settings or get more information.
ACCEPT REJECT
Manage consent

This website uses cookies to improve your experience while browsing the website. Of these, cookies that are classified as necessary are stored in your browser, as they are essential for the operation of the basic functionalities of the website. We also use third-party cookies to help us analyze and understand how you use this website. These cookies will be stored in your browser only with your consent. You also have the option to disable these cookies. But disabling some of these cookies may affect your browsing experience.
Advertisement
Advertisement cookies are used to provide visitors with relevant ads and marketing campaigns. These cookies track visitors across websites and collect information to provide customized ads.
Analytics
Analytical cookies are used to understand how visitors interact with the website. These cookies help provide information on metrics the number of visitors, bounce rate, traffic source, etc.
Functional
Functional cookies help to perform certain functionalities like sharing the content of the website on social media platforms, collect feedbacks, and other third-party features.
Necessary
Necessary cookies are absolutely essential for the website to function properly. These cookies ensure basic functionalities and security features of the website, anonymously.
Others
Other uncategorized cookies are those that are being analyzed and have not been classified into a category as yet.
Performance
Performance cookies are used to understand and analyze the key performance indexes of the website which helps in delivering a better user experience for the visitors.
SAVE & ACCEPT
Powered by 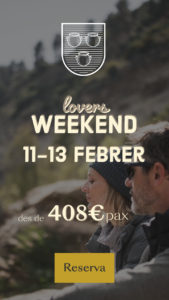 LOVERS WEEKEND: 2 nights in Las Cabanes.  Breakfast. Have lunch Ristra tasting menu. Bages964 (drinks not included) Wellness massage in our Alma wellness center Visit to the cellar and wine tasting Bottle of wine in the cabin No. of people included in the price:1 Máx. of people:2